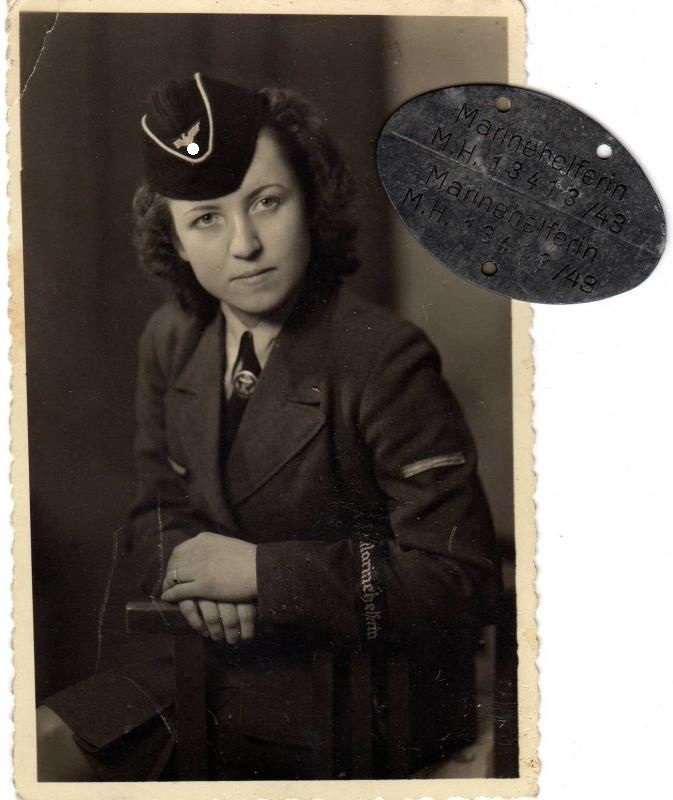 today I like to show you a cuff title of the Luftwaffe. It came from a little grouping of a Luftwaffe soldier. He had the Iron Cross 2nd class, the wounded badge in black and a radio operator badge.

No papers or pictures from his active duty.  I can`t remember when I bought that for my collection but that’s also years ago. You see the normal deep blue (sort of navy blue) wool construction with machine embroidered script in “Gothic” style.

Threads are in white/grey and open back. Not hand made with silver/aluminum wire threads like the version for officers. They folded top and bottom over and stiched it with blue thread to the reverse. A textbook example without any doubt. Length 51 cm and 3,5 cm wide.

This cuff title was never on a uniform.  Maybe the soldier got three of them for the uniform and put only two of them on his jacket.

To the history of the Geschwader General Wever: